Best Ways to Test for Gonorrhea

You’ve almost certainly heard the word gonorrhea, either from school sex education or perhaps through conversation with friends. Gonorrhea is commonly discussed by physicians and in medical literature, but even so, many people don’t know it is or how to protect themselves against it. If you want to stay safe from this sexually transmitted disease (STD) and others, it’s critical that you learn what it is and why testing plays such an important role.

The disease is caused by the bacterium Neisseria gonorrhoeae. Also known as “the clap,” gonorrhea is an extremely common disease. As Medical News Today reports, “Globally, there are an estimated 78 million new cases of gonorrhea diagnosed each year. In the United States alone, there are an estimated 820,000 new gonorrhea infections each year. However, not all cases are diagnosed and reported; only 333,004 cases of gonorrhea were reported in the U.S. in 2013.” (2)

Because gonorrhea is so common, knowing the symptoms is important.

What Are the Signs and Symptoms of Gonorrhea?

Gonorrhea causes different symptoms in men and women, explains the CDC. (3) For women, this includes:

Unfortunately, most women have no symptoms of gonorrhea. The symptoms that they do have are often dismissed as yeast infections. Because the treatment for yeast infections is a simple over-the-counter prescription or home remedies, many women completely miss the opportunity to catch gonorrhea early. They simply keep treating it with widely available remedies rather than getting tested.

For men, the symptoms include:

Both men and women can have rectal gonorrhea infections, which include:

Long-term, gonorrhea can develop into painful diseases that can potentially impact you fertility, so it’s important that if you have any of these symptoms, you get checked out by a doctor right away. However, given that gonorrhea is so likely to go asymptomatic, it’s an even better idea to test regularly for the disease – and others.

How Do You Test for Gonorrhea?

Luckily, unlike other STDs, gonorrhea can show up quite quickly on tests. “It can take three months for HIV to show up on a test, but it only takes days for sexually transmitted infections like gonorrhea, chlamydia, and syphilis to show up,” says Planned Parenthood. (4) To be on the safe side, some physicians recommend that you wait up to two weeks. This allows the disease to develop a sufficient presence that it can be caught reliably, so that you don’t get a false negative.

What are the different ways to test for gonorrhea?

The first way to differentiate gonorrhea tests is by fluid:

Ways to test for the disease may also be broken down by location. You have several options when it comes to where to test and whom to have administer it. These include:

Can You Really Test at Home?

Yes. Today’s Gonorrhea at-home test kits – such as those made by iDNA – are just as accurate as any test you would get at the doctor’s office or at a clinic. Our labs use the exact same methods used by physicians, so you don’t have to worry that low-quality tests will affect the results.

All you have to do is order your test online and it will arrive through the mail. We work hard to maintain your privacy, which is why the test will arrive in an unmarked package and will show up on your credit card statement under an innocuous name. This protects your privacy and makes frequent testing easy.

Once you have the test in hand, you simply follow the instruction to collect the sample. This will differ depending on the disease for which you are testing, so make sure to follow the instructions exactly, even if you have taken a test before. If you need to, you can get in touch with our team at any time for guidance or answers.

Mail-in the sample and register for an online account. Then all you have to do is track your results. We will let you know as soon as we have an answer, at which time you can make a plan for treatment or further testing, if necessary. The bottom line is, it’s easy and affordable – unlike the potential consequences – so you shouldn’t wait. Order your iDNA At Home STD Test Kit today!

Reviewed By AtHomeSTDKit.com on July 2, 2019 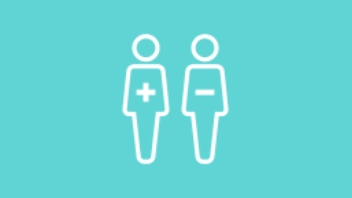