How Soon to Test for Sexually Transmitted Disease

Sexually transmitted diseases (STDs) are on the rise in the United States, with combined cases of chlamydia, gonorrhea, and primary and secondary syphilis reaching a historic high in the U.S. in 2018, according to recent data from the Centers for Disease Control and Prevention.

As disturbing as that fact is, what may be even worse is that most people who have an STD or sexually transmitted infection (STI) don’t know they are infected and never get tested. In fact, among young people, the group most at risk of many common STDs, only about 12% of young people who are newly infected in a given year get tested.

One possible barrier to necessary STD testing may be differences in the individual diseases and infections and when each begins to show up in the body. In some cases, if you get tested too soon, you could get a false negative because the infection isn’t yet detectable in your body.

Let’s look at the differences from disease to disease when it comes to how soon after exposure you can get tested effectively for several common STDs.

When to get tested: 1-5 days after exposure

One of the most common STDs, chlamydia is an infection of the bacteria Chlamydia trachomatis. It’s the most common bacterial STD in the U.S., with nearly 1.8 million new cases reported to federal health officials in 2018 alone.

About 2 in 3 new chlamydia cases occur in people between 15 and 24, and an estimated 5% of all sexually active young women are infected with chlamydia.

Most people with chlamydia don’t have obvious symptoms, but for those who do, symptoms generally include painful urination, pain during sex, abnormal vaginal discharge with strong smell and discharge from the penis.

When to get tested: 28-42 days after exposure

Genital herpes can be caused by exposure to one of two herpes simplex virus types, HSV-1 and HSV-2, though HSV-2 is more closely associated with genital herpes. People who have symptoms of genital herpes should be tested for HSV-2.

Genital herpes is very common, and more than 750,000 people in the U.S. are newly infected with the virus every year. An estimated 12% of people between 14 and 49 are infected with HSV-2.

Most herpes infections don’t cause obvious physical signs or in cases where there are signs, they are often mistaken for other skin conditions. People who do have physical signs will most often notice small blisters around their genitals that may burst and leave painful sores.

When to get tested: 2-6 days after exposure

Gonorrhea is an infection of the Neisseria gonorrhoeae bacteria, and it can infect the cervix, uterus and other structures in women and the urethra in both men and women. It’s among the most common STDs in the U.S., with more than 1 million new cases estimated in 2018.

About half of all new cases occur in people between the ages of 15 and 24.

Men are more likely than women to display physical symptoms of gonorrhea. For men who do show signs of infection, the most common signals are discharge from the penis and testicular or scrotal pain. Most women with gonorrhea don’t have signs of infection, but those who do often experience increased vaginal discharge or bleeding between periods.

When to get tested: 30-42 days after exposure

Hepatitis is an inflammation of the liver often caused by one of three types of viral hepatitis, hepatitis A, hepatitis B and hepatitis C. Hep B is most often associated with sexual transmission, as it is easily spread through contact with the semen, blood or other bodily fluids of an infected person.

The federal Centers for Disease Control and Prevention estimate that about 22,000 new acute hep B infections occurred in the U.S. in 2017, though the number could be as high as 54,000.

When infected individuals do have symptoms, the most common signs are fever, fatigue, poor appetite, vomiting, joint pain and jaundice. A vaccine is available to prevent new transmission of hepatitis B virus (HBV).

When to get tested: 56-72 days after exposure

Hepatitis C is the most prevalent of the three main types of hepatitis virus, causing an estimated 44,700 cases per year, though the CDC says that could be as high as 152,400. While this type of the virus is most often spread through injection drug use, because it’s spread through contact with blood, it also can be transmitted sexually.

New cases of acute hepatitis C virus (HCV) have increased quite rapidly in the U.S. over the past decade, with the resurgence of IV drug use to blame.

In many cases, infected people are unaware they have hep C, but signs include fatigue, poor appetite, nausea, vomiting, dark urine, discolored stool, jaundice and joint pain. Unlike for hep B, no vaccine is available for hep C.

Human immunodeficiency virus, or HIV, is the virus that causes AIDS, which is a potentially fatal condition. Unlike with most other STDs, rates of HIV have relatively stable for many groups of Americans.

About 37,000 people were newly diagnosed with HIV in the United States in 2018, which represents a decline of about 5% since 2013. Gay and bisexual men are the group most at risk of contracting HIV, accounting for 66% of all new HIV cases.

An estimate 2 in 3 people who become infected with HIV will experience a flu-like illness within about a month, but many people who contract the virus won’t show any obvious physical signs, and if left untreated, HIV can progress into AIDS in as little as 10 years.

No vaccine is available for HIV or AIDS, but uninfected people in high-risk groups should consider a PrEP regimen that can reduce their risk of contracting the virus, and daily antiretroviral therapy (ART) can suppress the presence of the virus in an infected person, potentially eliminating their risk of transmitting it to an uninfected partner.

When to get tested: 21-42 days after exposure

Syphilis is a potentially serious, even deadly, STD caused by an infection of the bacteria Treponema pallidum. An estimated 115,000 new cases of syphilis, including all stages of the infection, were reported in 2018. The population-adjusted rate of primary and secondary syphilis, the stages at which the disease is its most transmittable, rose by nearly 15% between 2017 and 2018 alone.

Primary and secondary syphilis rates are highest in people between 25 and 29, and 80.6% of reported cases in 2018 occurred in people between 15 and 44. Congenital syphilis, meaning syphilis spread from mother to baby, has climbed dramatically with an increase of nearly 200% since 2014.

Symptoms are most likely during the primary and secondary stages, including the appearance of one or more chancres, though many people do not notice these sores because they appear in difficult-to-see places. Secondary syphilis typically includes a rash on the palms of the hands and feet as well as fever, swollen glands, sore throat and other flu-like symptoms. Untreated, syphilis will often progress through a series of stages and can cause permanent organ damage, including to the heart and brain. In rare cases, syphilis can be fatal. Syphilis can be cured in most cases with a single dose of antibiotics, usually a shot of penicillin.

People who are at an elevated risk of contracting STDs, including gay and bisexual men, injection drug users and all people with frequent new sexual partners, should consider annual STD testing. For those who believe they’ve been exposed to a particular infection, their best bet is to contact their primary healthcare provider. 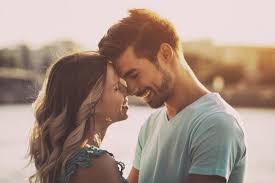