Let’s explore the connections between UTIs and sex

Urinary tract infections, or UTIs, are an unfortunate fact of life for many people. Health officials estimate that about 60% of all women will experience a UTI at some point in their lives, and while they’re less common for males, an estimated 12% of men will experience UTI symptoms.

UTI is a broad term for a bacterial infection that occurs within any part of the body’s urinary system, which includes the urethra, kidneys and bladder, among other structures. UTIs are caused by bacteria entering the urethra and infecting the organs and structures of the urinary system, most often the bladder and urethra, though kidney infections also are possible.

Urinary tract infections occur when bacteria enters the urinary system through the urethra. UTIs are more common in women because they have shorter urethras that are closer to the rectum. Women also are more prone to UTIs because vaginas have a natural bacterial balance that can become disrupted by certain activities.

UTIs can be caused by the spread of the body’s own bacteria to the urinary system or by the introduction of another person’s natural bacteria. This makes UTIs distinct from STDs because in most cases, STDs are spread through contact with the bodily fluids of an infected person, such as vaginal discharge, blood or semen. In a UTI, the infection itself is not spread; rather, the bacteria that can cause an infection may be spread. So it’s fair to say sex is one of the most common ways for this bacteria to come into contact with the urethra and cause a UTI.

The bacteria that can cause a UTI can be spread during sexual activity, but it’s not necessary to have sex to develop a UTI, as anything that causes bacteria to come into contact with the urethra could cause a UTI. This includes the genitals or fingers of another person but also includes sex toys or bacteria from your own anus. Also, UTIs can be side effects of STDs that are passed through sex, such as chlamydia or trichomoniasis, or trich (pronounced “trick”).

Aside from a connection with sexual activity, other individuals may be at higher risk of UTIs, including people with diabetes or compromised immune systems, people who use bladder catheters and those who use a diaphragm or spermicide as contraception.

What Are the Symptoms of UTI?

While not every person with a UTI will show obvious signs of infection, for most people who do, the first and most obvious sign is a need to urinate frequently and urgently. A UTI can make you feel like you have to urinate constantly, even if you just recently did.

While bladder infections are the most common type of UTI, bacteria also can infect the kidneys, which can be quite serious. Symptoms of a kidney infection include:

How Can UTIs Be Treated & Prevented?

In addition to any physical symptoms, your doctor will do a urinalysis to confirm the presence of a UTI. This means they test a sample of your urine for signs of bacteria or any other infection, such as an STD that can create symptoms similar to UTIs or that can cause UTIs as a side effect, such as chlamydia or trich.

If testing confirms you have a UTI, treatment generally consists of a course of antibiotics, which may include drugs like Bactrim, Keflex or others. Some people are more prone to UTIs than others, and in those cases, healthcare providers may recommend longer courses of low-dose antibiotics or other measures.

Most people who undergo antibiotic treatment for UTIs notice that their symptoms begin disappearing within a couple of days. Generally, when getting treatment for STDs, it’s necessary to refrain from sex until the treatment is 100% complete, but this may not be medically necessary for UTIs. That’s because, particularly for women, the bacteria that caused the UTI is physically far way from where it would need to be to come into contact with a sexual partner.

However, especially for people who still have physical symptoms, sex may be uncomfortable and could make them feel even worse, depending on the style of sex they have.

Prevention of UTIs is notoriously difficult because it’s often difficult to pinpoint the precise cause of the infection, even for ones that were caused by sexual activity. That’s because you can’t see the bacteria that’s being spread or moved.

But there are some best practices to prevent the spread of bacteria that causes UTIs, including:

Though they’re unpleasant to experience, most urinary tract infections are easily treatable and don’t cause lasting damage. But if you’re prone to UTIs, whether they’re related to sexual activity or a separate medical issue, getting in the habit of using some common-sense prevention techniques could save you some serious discomfort down the road. 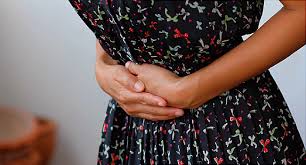