According to what you read online, the blue waffle is an STD that women can get if they have sex too often. They say the STD is referred to as ‘the blue waffle’ because it will turn the woman’s vagina and vulva area blue. Through some research, it is clear the ‘blue waffle’ is a bogus condition that was apparently created out of thin air. There is no STD that will turn the vaginal area blue, so it is not real. (1)

Unfortunately, in 2013, a politician in New Jersey actually thought it was a real condition that had cost 85 lives in the Trenton area. She said it was a virus that is 10x worse than HIV. The councilwoman was acting with good intentions, but it all turned out to be an April Fool’s joke. (2)

Can You Get Blue Waffle Symptoms from A Lot of Sex?

No. The vagina does produce natural lubricants, and too much regular sex can lead to dryness in the vagina, as well as friction. Intercourse that is too rough can lead to vaginal swelling and could tear the tissue in the vagina. A tear down there can make it more likely you will develop an infection.

How the Myth of Blue Waffle Got Started

So, how did the fake news about this fake condition ever get started? One theory going around the Internet is that a person saw an image of a woman’s vulva after she used gentian violet to deal with a yeast infection. Gentian violet will stain the skin purple. But it a good way to treat a vaginal yeast infection as well as the oral type. Also, as it is seen as more natural than many anti-fungal treatments, many women prefer to other medical options.

The only way sex can turn a woman’s vaginal area blue is if she engages in sexs with a person that is coated in blue dye. That is not a good idea as it could lead to major skin problems. So, why do so many adolescents believe blue waffle is a real condition? In part, some think it is because there is something strange about a woman having a lot of sexual activity. If the blue waffle were real, it could be a clear marker that a woman had engaged in high levels of sex with men. Some believe it is a way of trying to tell people that women who have a lot of sex are sluts.

It is key to note that any mention of blue waffle never discusses that it could affect men. It it did, it might be known as blue Twinkie. But it is not mentioned because having a lot of sex is not seen as a problem or negative for me. It is something that men are expected to do. Also, being active sexually is something men often think they should be proud of.

STDs That Have Similar Symptoms to Blue Waffle

Real STDs, such as chlamydia, gonorrhea and trichomoniasis can actually produce symptoms that sound like the fake blue waffle. Some of the common symptoms that indicate a vaginal infection similar to the fictitious blue waffle are: (2)

What Can Be Learned from Blue Waffle

It always is a good idea to take a good look at your genitals on a weekly basis. Doing this is a good way to stay proactive about your health sexually. If you take a look down there on a regular basis, you might find something that a doctor may want to look at. This is true even if you have been engaging in safe sex. Condoms and other barriers are effective at reducing the risk of STDs, but they can never wholly protect you from diseases that you get from skin to skin contact.

Reviewed By AtHomeSTDKit.com on June 5, 2019 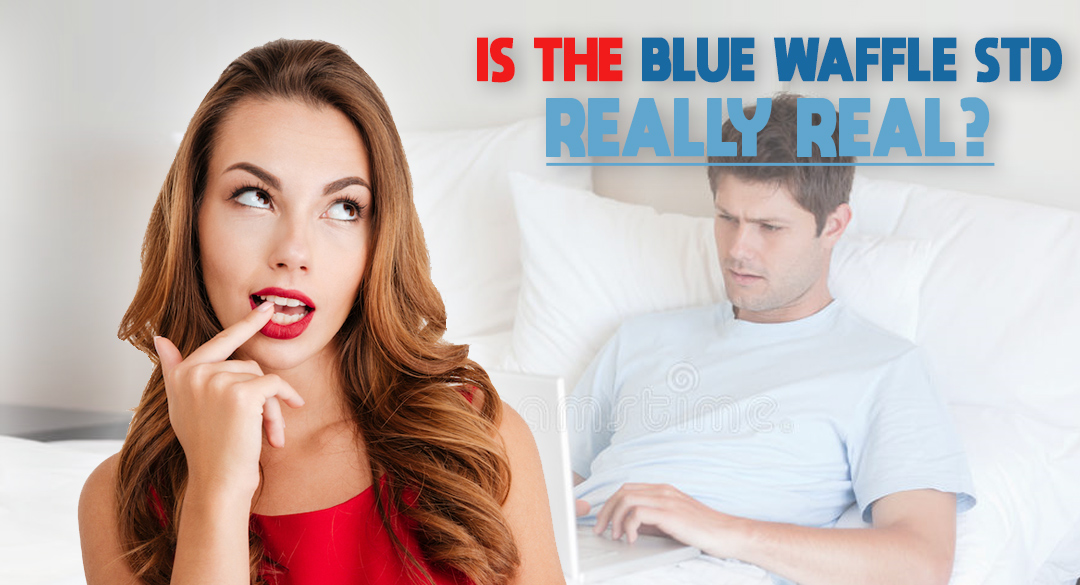